Back in 1923, one month after the Adams Radial, No 5, was acquired, the EKR bought the first of the engines that were to do most of the work on the railway through to dieselisation in 1960. The newly formed Southern, who shortly acquired a majority shareholding in the East Kent, sold for £409 6s 1p one of a dwindling number of their 0 class engines, No 372, as EKR No 6. Built in 1882 as one of James Stirling’s mainline goods engines for the SER she was modernised with a slightly raised boiler in 1902. After an overhaul at Ashford she started work on the EKR on 11June 1923. She was a success and perhaps under the influence of the increasing Southern shareholding in the railway another O followed on 22 September 1928, No A376, which at a cost of £1,085 (spread over two years) became No 8. This engine could always be identified from no 6 on the EKR as she sported lamp brackets on each side or the smokebox. No 6, also unique amongst the O’s, had the steam reverser moved from the cab to running plate. Both of these engines had domeless boilers and were specially fitted with Canterbury & Whitstable style short chimneys to cope with restricted clearance. This could have been in Golgotha tunnel. This tunnel had been added to the original plans at a late stage and had several constructional oddities .It had been built in such a way that it could be systematically enlarged both in height and width. It was almost certainly altered in height sometime in the 1920s although it was never opened out to double track. However, taller engines like No 7 were operating through the tunnel by 1926. Another restricted clearance, possibly on the Tilmanstone or Guilford Colliery branches must have been present for a year or so after that otherwise No 8 would not have required alteration. 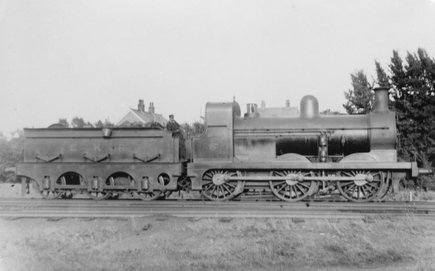 Although whenever possible Tilmanstone coal traffic was left to No 4 these capable little 36-ton engines began to take up a wide range of duties and became the EKR standard. No 6 was rebuilt at Ashford with a second-hand H class domed boiler and full height chimney in October 1932 to become a 01 and re-entered service on 9 November. This reboilering process had started in 1903 with her mainline sisters but she was the last engine by a 5-year margin to be so rebuilt and she was always unique in retaining a Stirling cab. Reportedly this work was paid for by exchanging a second hand Terrier Boiler with the Southern and although the transaction is well minuted the mystery is why EKR would have acquired this boiler and where it had been located since purchase in 1926. We simply do not know.

Two O1s, Nos A385 and A390, were reported as loaned to the EKR for a short time during 1932 presumably helping out whilst 6 was being rebuilt. No 8 fell by the wayside and in May 1935 she was reputedly part exchanged for another 01, No 1383. No 8 is however thought to have been dismantled at Shepherdswell and records however show that the EKR paid £850 for the new engine on 25 June . She had arrived on 23 June grandly numbered 100 by the Ashford painters who reputedly in the absence of better instruction opted for the lowest number they thought might not duplicate others! She retained this number for some years, becoming the second No 2 on 9 February 1946 after an overhaul at Ashford. Nos 6 and 100, with No 4, did the majority of the work on the Line in the 1930s and 40s. By 1948 No 6 had run 94,765 miles after rebuilding and No 100 73,447miles. Good figures for a railway where latterly no daily turn exceeded 45 miles. 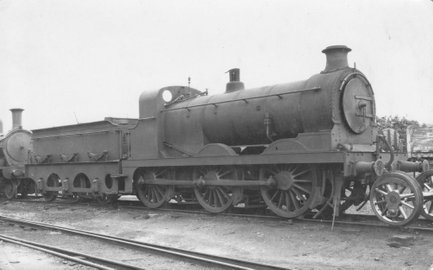 Although only two engines were needed daily, availability was tight and in the war years and immediately after essential overhauls could be protracted; No 6 was at Ashford for 3 months in 1943 (when she probably lost the green livery bestowed on her in early 1939) and 6 more months in 1946 overlapping with a three month overhaul for No 100. To cover for this and the non-availability of the tank engines other O1s were hired from the Southern .No 1426 came for a month in 1942 and a succession of 3 more (1430, 1066 and 1437) covered from April 1943 to March 1944. Following this lengthy period of hiring the East Kent bought a final 01 No 1371 which arrived in March 1944 at a cost of £1125. By then the Tonbridge office had clearly given up in East Kent and she never acquired an EKR number. Even then another O1 No 1373 arrived on hire on 25 January and stayed till May, returning again in December and staying till No 100 (renumbered 2) returned from overhaul in the following February.

The surviving 3 EKR 01s came into BR ownership early in 1948 and were allocated 31383 (No 2), 31372 (No 6) and 31371 but there was a holocaust of O1s at this time and they did not last. Withdrawal came in 7 April 1951 (cut up 21 April), 12 February (cut up 26 February) and January (cut up 19 March) 1949 respectively. Their remaining mainline sisters, who were kept especially for EKR and K&ESR duties, replaced them. Numbers 31065, 31258, 31425/30 and 31434 came in over the years to handle the Tilmanstone coal shuttle. The Author remembers them well for in childhood they woke him with their whistles every morning when he stayed with his aunt at Shepherdswell. They kept continuity of East Kent motive power until the all-conquering diesel Shunters (subsequently classified 08) arrived in 1960 to finally extinguish the last remnants of the Tonbridge influence.