BP&GVLR centenary of the commencement of Passenger service

Celebrations for the Centenary of the commencement of Passenger service on the BurryPort and Gwendraeth Valley Railway 2nd August 1909.

The celebrations took place on the Saturday 14th November 2009 in Pontyates Memorial Hall.   The date was chosen to include all local children who would have been on holidays in August.

It was a damp and chilly day but this did not dampen the spirit of the local inhabitants who turned out in their hundreds.   Many people who attended wore period clothing.

The celebrations included the Carway Silver Band, a ladies choir:- “Côr Glannau’r Gwenraeth”, Local school childrens’ choir and a grand Tea Party.   During the month before a group form the National Library of Wales had been in the area and had produced an animated film of the railway with the local school children.   This film along with a film taken by a local inhabitant of the last train to run on the line were shown during the day.

The day was organised by the Pontyates History Group and the Gwendraeth Railway Society with sponsorship form the Carmarthenshire County Council and the National Library of Wales.

Around 400 people turned out on this wet day.   This filled the Hall and a crowd has to stand outside.   The support for reopening this line as a Heritage Railway was overwhelming 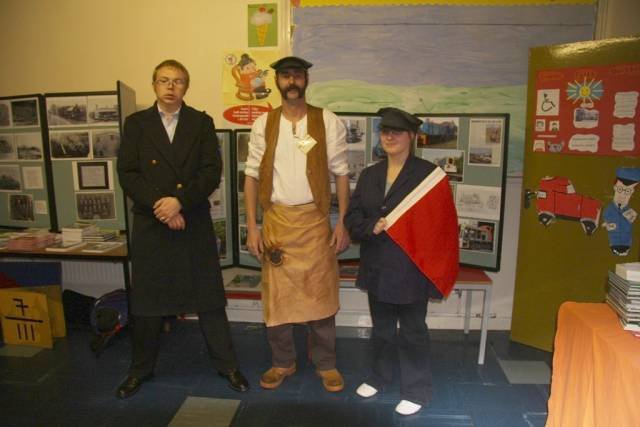 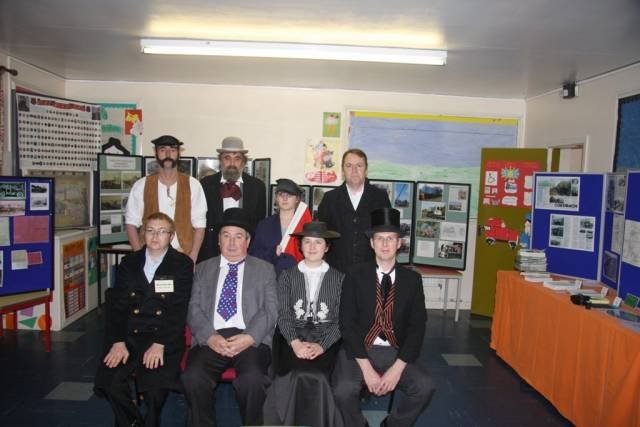 Gareth Parton and Larrisa Parton part of the crew.   At our stand at the celebrations. 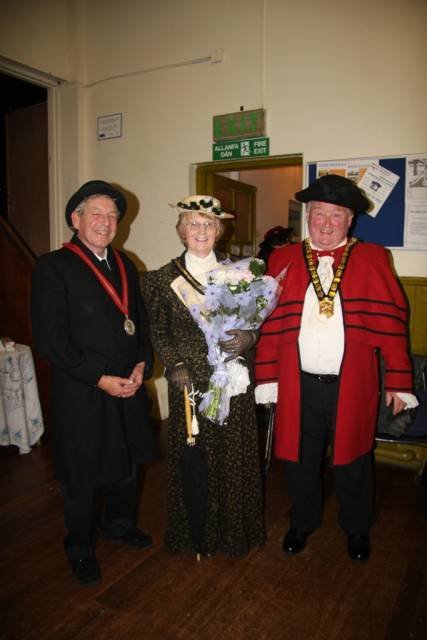 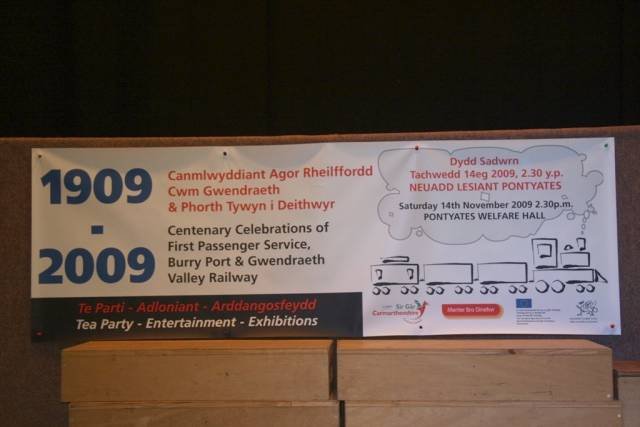 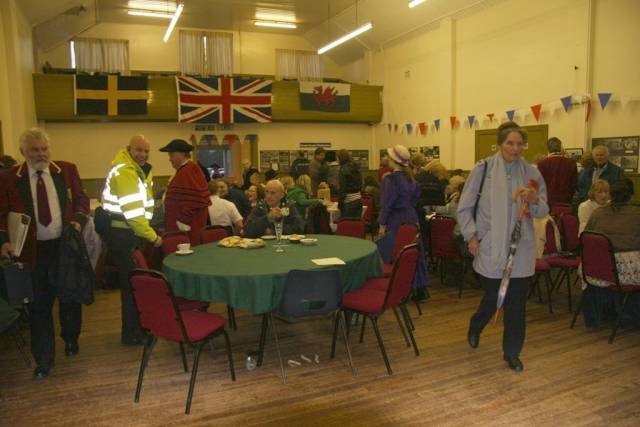 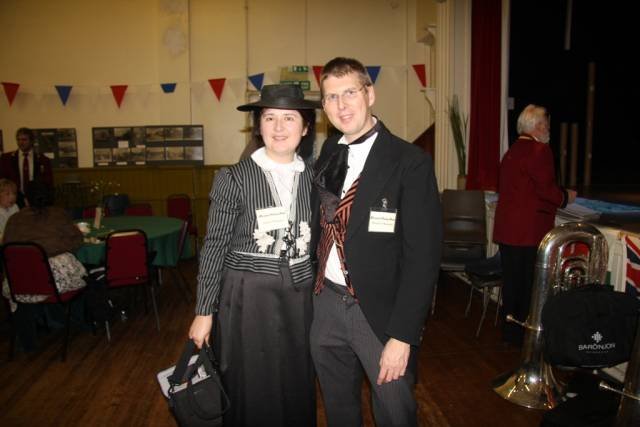 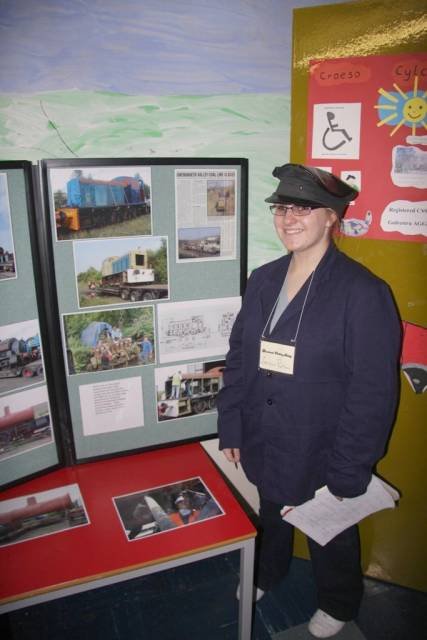 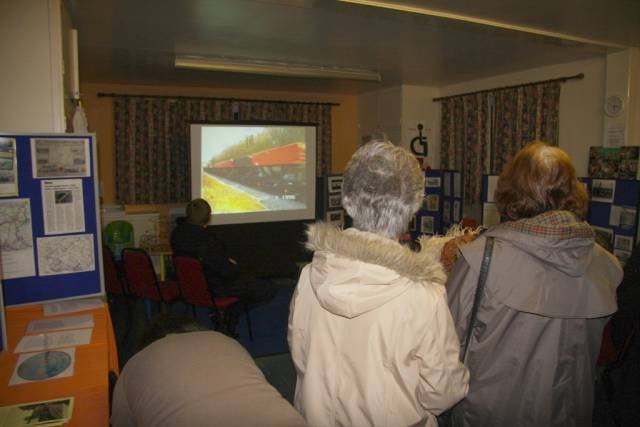 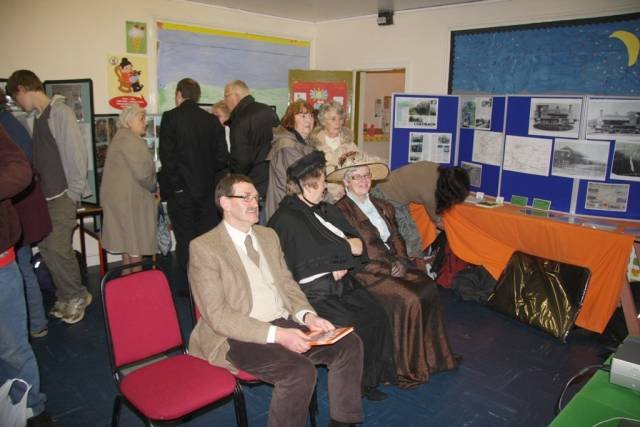 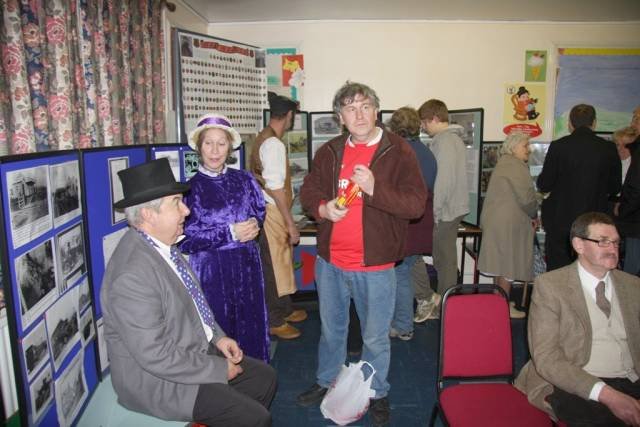 The Fat Controller and the Librarian. 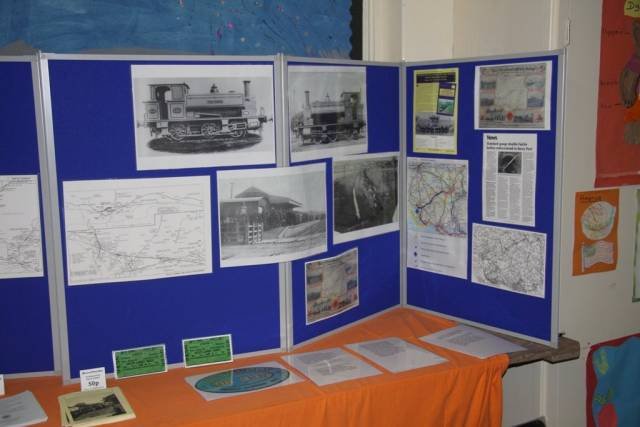 Our display boards at the Centenary Celebration 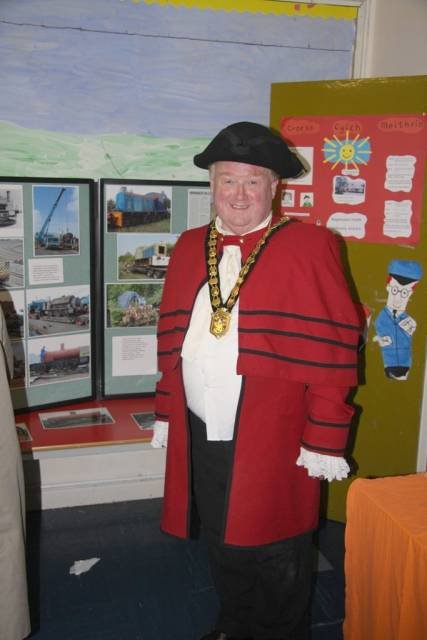