The opening of the main line of the South Eastern Railway (SER) from Redhill to Folkestone via Ashford in 1843 followed by the construction of a line to Tunbridge Wells and Hastings via Robertsbridge, and a branch from Robertsbridge to Ashford in 1851 formed a triangle enclosing a large tract of the Weald well-known for its hops and fruit. Despite this, the SER were not particularly interested in linking the area with its expanding railway network, preferring instead to wait for local individuals to take the initiative and construct a line, and then step in when the operation ran into financial difficulties.

Colonel Stephens’ first professional appointment, this 11-mile standard gauge branch ran from Paddock Wood, on the South Eastern Railway’s Redhill-Ashford route, to Hawkhurst in the Weald of Kent. Stephens was resident engineer during construction of the line between 1890 and 1894. The line opened in 1893 and was operated by the SER, becoming part of the South Eastern & Chatham Railway in 1900. It closed in 1961.

Nevertheless, the SER did take an interest once their rivals the London, Chatham and Dover Railway (LCDR) seemed likely to encroach into traditionally SER territory. Various schemes were put forward by the SER from 1844, none of which came to fruition. The Weald of Kent Company Act was obtained in 1864 and authorised the construction of a line from Paddock Wood to Cranbook and Hythe, but no works were carried out - the bankruptcy of the LCDR in 1866 saw the project shelved. 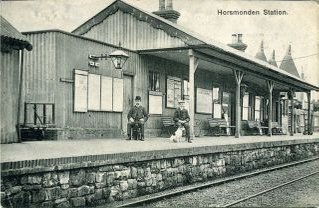 The various changes to the route proposed by SER required two further Acts of Parliament: the South Eastern Railway Acts 1887 and 1892. The latter Act ensured that the section between Goudhurst and Paddock Wood would be built on a "cost-saving" basis. Construction works eventually commenced in Spring 1890. Edward Seaton was appointed as engineer to oversee the works, whilst the 22 year old Holman Fred Stephens was resident engineer, having just completed his education and training with the Metropolitan Railway. The contract to build the line was awarded to J.T. Firbank who was at that time the Metropolitan Railway's contractor for their line between Aylesbury and Quainton Road. Due to the difficult terrain and to save costs, it was decided in 1892 that the terminus of the line would be at Gills Green, a mile or so to the north of Hawkhurst. It was also proposed that the line continued from Gills Green to the Lydd Railway Company's Appledore station on the Marshlink Line, but no progress was made.

The line was officially opened on 1 October 1892 from Paddock Wood to Goudhurst, then named "Hope Mill Station (for Goudhurst and Lamberhurst)". However, the Kent Messenger reported on 17 September that the line had already opened to passenger and goods traffic on Monday 12 September, with the first train, a Cudworth E1 class 2-4-0 No. 112 draped with a Union Jack, leaving Hope Mill at 8.25am. All passengers were allowed to travel free to and from Paddock Wood. On 4 September 1893 the section from Goudhurst to Hawkhurst was opened. 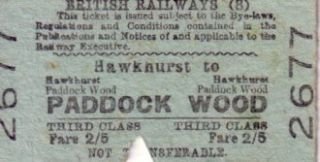 Now the railway was operational, the residents of Cranbrook came to regret that they were not directly connected with the line and, in September 1893, offered to guarantee the SER the cost of constructing a "light line" from Hartley, including the costs of acquiring the necessary land. The estimated costs were put at £10,000 but the line was never built.

The Cranbrook & Paddock Wood Railway Company was absorbed into the SER on 29 January 1900.

In 1877 the independent Cranbrook & Paddock Wood Railway Company secured the passing of the Cranbrook and Paddock Wood Railway Act which authorised the construction of a single track line from Paddock Wood to Cranbrook. The Company reached agreement with the SER that construction works would commence once £25,000 had been raised from local residents, with the SER contributing a further £50,000 if this target was met. By April 1878, only £11,000 had been found. This had not improved by February 1879, but it was nevertheless decided to commence provisional works, which quickly ground to a halt once funds were still not forthcoming. Notwithstanding this impasse, the Railway Company obtained a further Act of Parliament on 12 July 1882 which authorised an extension from the village of Hartley near Cranbrook to Hawkhurst. Although it had been originally intended for the line to cover the two miles from Hartley to Cranbrook, the sums demanded by local landowners made this plan unrealisable without SER support. It was therefore decided to site Cranbrook Station at Hartley. 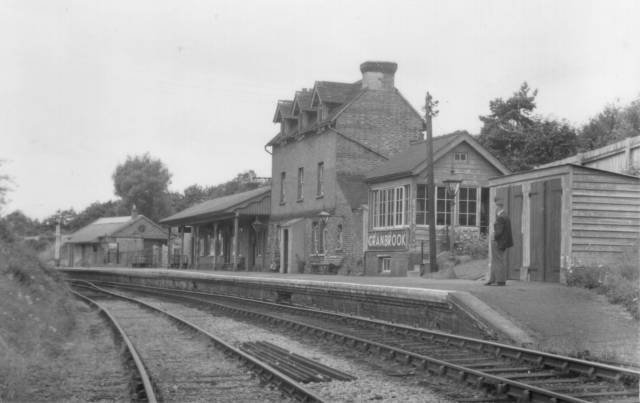 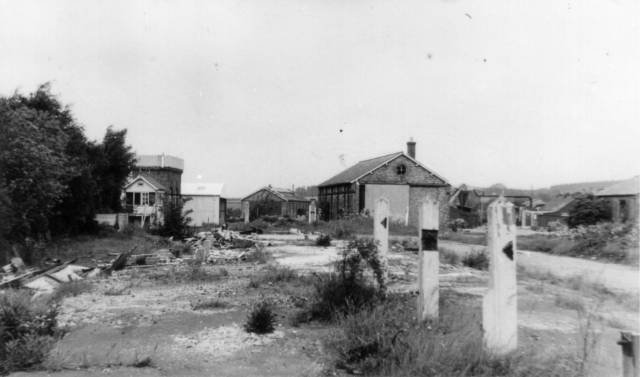 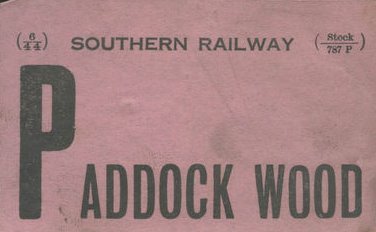 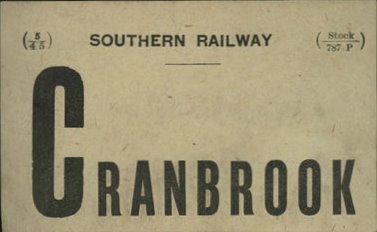 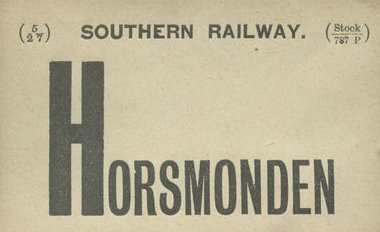 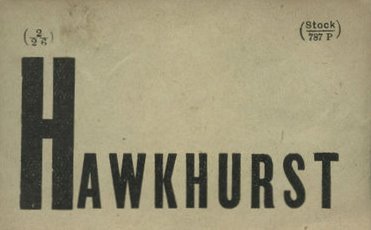 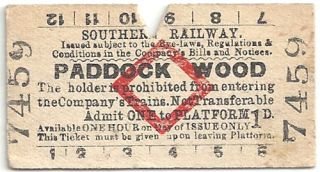