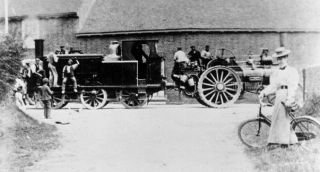 Locomotive "Chichester" passing The Achor Pub near Chalder being

towed to Selsey for laying the track of the Selsey Tramway, circa 1897 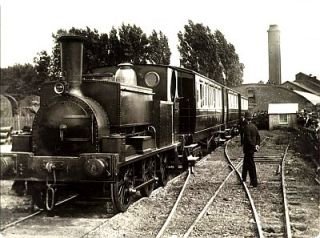 The West Sussex Railway opened in 1897 as the Hundred of Manhood and Selsey Tramway, so named to save having to build the railway to regulations that normally covered railways, later changing its name to the WSR. It closed in 1935 in the face of intensive road bus competition. Although for many years very busy its finances never recovered from the costs of repairing damage due to floods in 1911, which totally submerged the railway just north of Pagham Harbour. It ran from Chichester to Selsey in West Sussex, England and was one of the Colonel Holman Fred Stephens Railways.

Incorporated in 1897 this basic Light Railway ran for just 39 years before closing in 1936. Like 3 other Stephens railways it utilised road bus chassis which had flanged railway wheels fitted for use on the railway. The wheels being pressed steel made a curious ringing sound which could apparently be heard from some distance and served as a call to latecomers who might have otherwise have missed the train.

During the early years there was a half mile extension from SelseyTown station to the beach, but this closed before the First World War and nothing of it remains.

For the modern railway explorer this is one of the least rewarding lines to trace as the formation was almost completely at ground level so almost nothing remains except a half mile section alongside Pagham harbour where the track was raised following a breach and subsequent flooding in 1911, a section of about 1 quarter of a mile, now a farm track between Pagham Harbour and the Selsey Golf Club and a quarter of a mile section (now a public footpath) west of Hunston Village the northern end of which ends at the abutments of the now defunct Tramway bridge across the Chichester Canal. The platforms of Hubston and Chalder station can also still be located although badly overgrown.

This line was surveyed by the builders of the Romney, Hythe and Dymchurch Railway in the early 1920s when they were looking for somewhere to build their miniature line which now runs in Kent. Apparently, despite being otherwise ideal for their purposes, the line was discounted because of the number of road crossings which would have been prohibitively expensive to either gate or bridge. The Southern Railway also surveyed it for takeover and improvement in the early 1930s but decided against both. 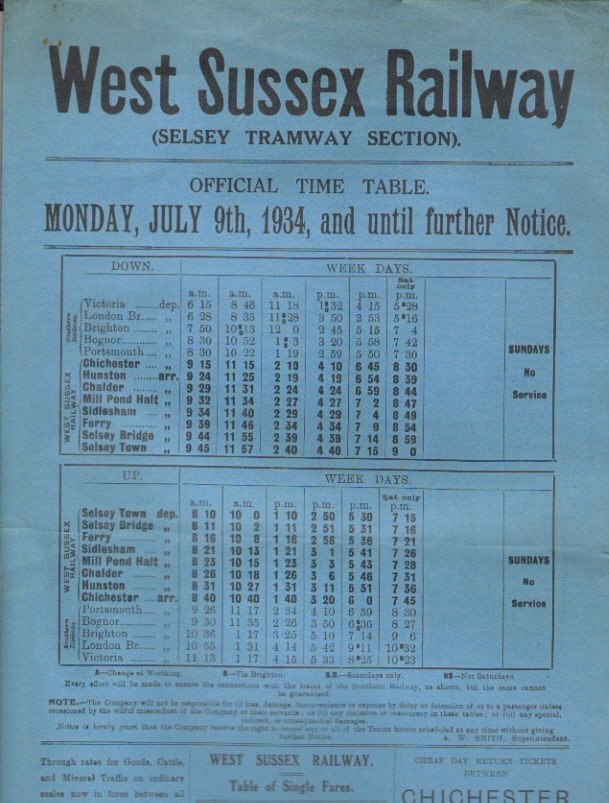 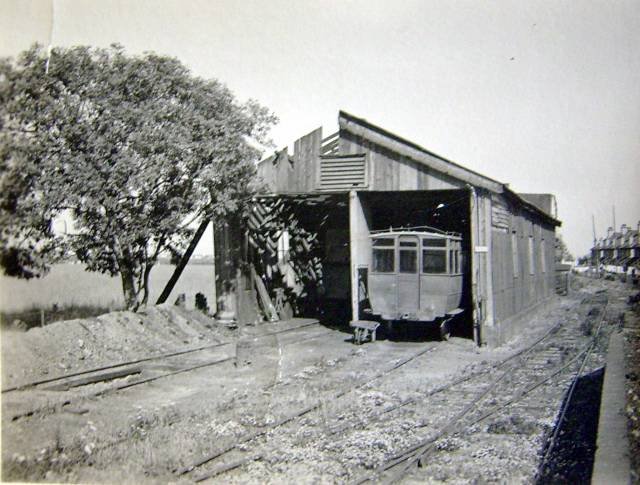 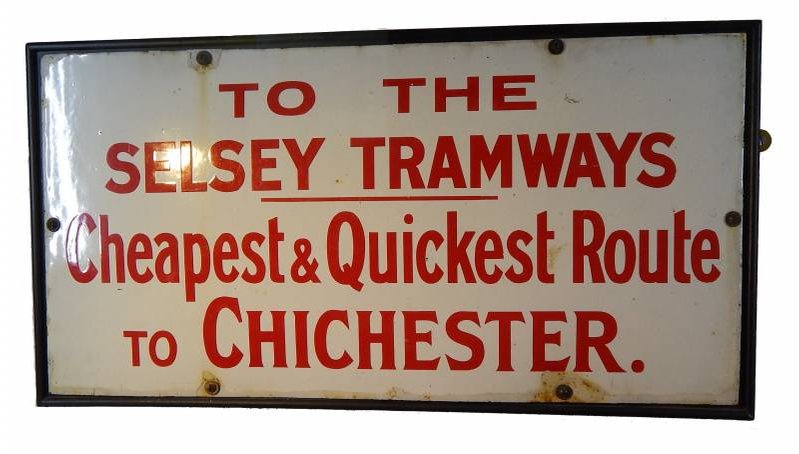 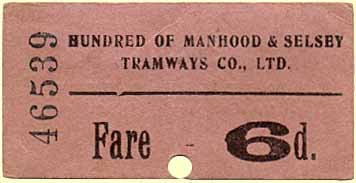