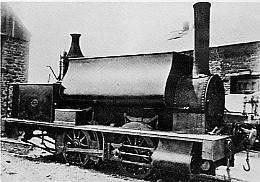 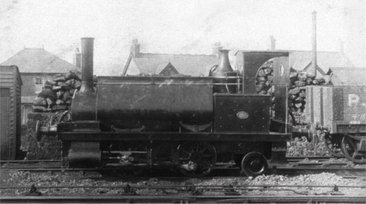 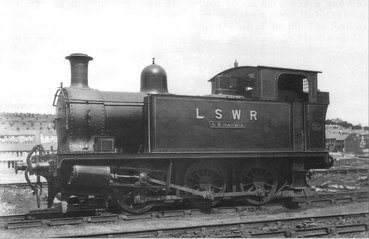 The East Cornwall Mineral Railway (ECMR) had two 3' 6" gauge 0-4-0STs, numbered 1 and 2, which were built for it in 1871 by Neilson & Co of Glasgow (works numbers 1660 and 1661). These engines were of typical Neilson appearance with stovepipe chimneys and 'ogee' style saddle-tanks, and were built to the following dimensions:-

As far as is known the ECMR livery was plain black, with red buffer-beams and wheels. In common with the rest of the ECMR rolling-stock the Neilson engines had centre buffer-couplers and also side-chains. In due course these locomotives passed with the line into the ownership of the Plymouth, Devonport & South Western Junction Railway (PD&SWJR) and continued working under the new regime without alteration

With the conversion of the line to standard gauge the fate of both of these locomotives is not entirely clear. No 2 was re-gauged to 4' 8½"in the works at Callington and converted to a 0-4-2ST, with a new cab and vacuum brakes being added. Some sources say that No 1 was converted also (although possibly  without  the  addition  of vacuum brakes), only to be sold in 1909. Another source says that it was taken out of service in 1907 and sold later in 1912 without having been converted. In July 1912 ex-ECMR No 2 was sold to Colonel Stephens for £250 and he transferred it to the Selsey Tramway line, where it was re-built yet again and gave useful service under the new name of 'Hesperus' until it  was withdrawn and scrapped in 1927.

An 0-6-0 side tank Works No. 2697 was delivered by Hawthorn Leslie to Bere Alston station on 31st Oct. 1907 The name painted on the side was H. S. Harris but this was quickly removed and replaced with brass nameplates 'A. S. HARRIS' and became PD&SWJR No. 3

When the railway was absorbed into the LSWR in 1922 it was allocated No. 756 but never carried LSWR livery. After the grouping in 1923 the SR applied the number. In June 1929 the SR replace 756 with an  '02' class 0-4-4T and 756 was tried on the Wenford Bridge mineral branch then at various times shunted at Winchester, Fratton, Bournemouth, Brighton Tonbridge, Folkeston, Dover and at Eastleigh working as pilot until 1931 when it was transferred to Nine Elms where it stayed as shed pilot until 1939 then to Stewarts Lane. At nationalisation in 1948 the number 30756 was allocated but never carried as A.S. Harris was withdrawn on 27th Oct. 1951 after being condemned with fire box problems and was scrapped at Eastleigh 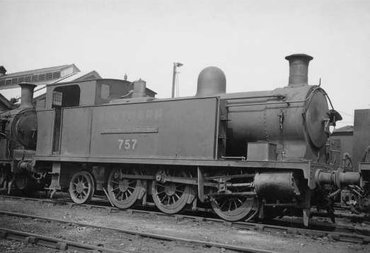 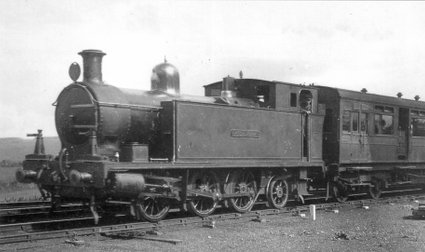 They were 0-6-2T (works numbers 2695 & 2696) and in appearance they were enlarged versions as A.S.Harris though dimensionally they were considerably bigger and for their size were very powerful, their rated haulage capacity was greater than that of a 2MT tank.

Both loco's passes into the SR without carrying their LSWR numbers and it was left to the SR to inscribe them 757 & 758 though in a fit of post-grouping South Western enthusiasm 'Earl' appeared inscribed LSWR.  Both loco's stayed on the branch into BR days except for a brief period in August 1926 when 'Lord' took part in trials on the newly opened ND&CJLR After nationalisation they became 30757 & 30758 but slowly '02's and Ivatt's took over. Both engines could be seen at Plymouth in 1955.  In 1957 both went to Eastleigh 'Lord' to be scrapped and 'Earl' for a final fling as shed pilot before succumbing.

The livery of the PD&SWJR's loco's was blue with copper cap chimney, dome covers and safety valve bases but after 1912 they were painted LSWR green 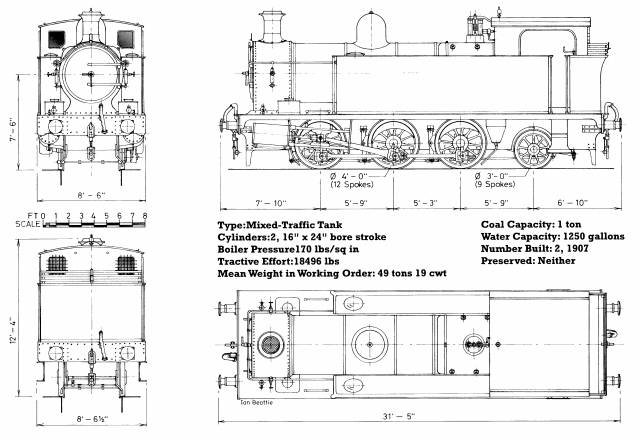