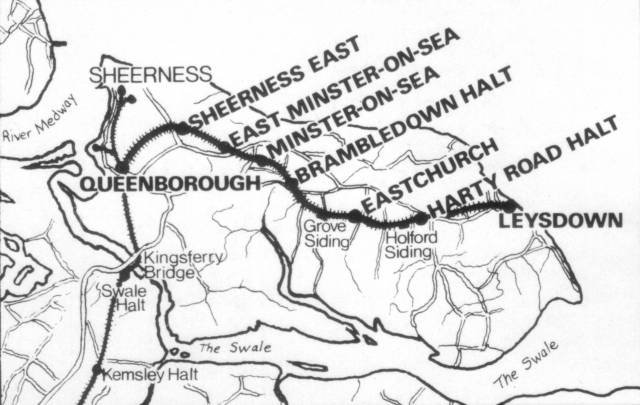 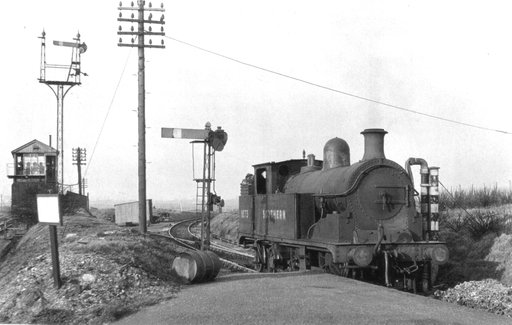 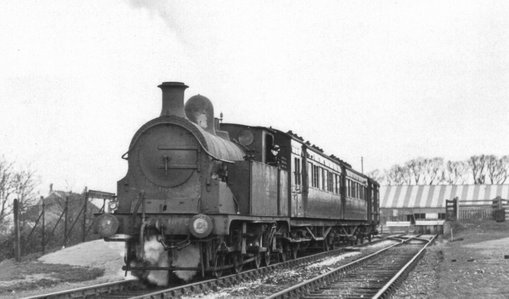 The Sheppey Light Railway was a railway on the Isle of Sheppey, Kent, England which ran from Leysdown to Queenborough, where it connected with the South Eastern and Chatham Railway'sSheerness Line. It was engineered by Holman Fred Stephens and opened in 1901 and closed on December 4 1950. Originally there were stations at Sheerness East, East Minster on Sea, Minster on Sea, Eastchurch and Leysdown. Two halts were opened in 1905 at Brambledown and Harty Road.

For the first few years after opening the SE&CR operated the line using standard locomotives and stock. However the light traffic on the line required a rethink.

In 1904 trials were carried out of two petrol engine railcars. One only had seats for four passengers, insufficient even for this byway, but the larger 16 seat railcar proved satisfactory. Unfortunately it proved impossible to find a motor mechanic on Sheppey to maintain it in those early days of internal combustion so the SE&CR had to stay with steam power.

The solution was a steam railmotor - a small steam engine permanently coupled to a carriage portion. Two were purchased in 1905, one for the Sheppey Light and one for the equally remote Hundred of Hoo branch on the other side of the Medway estuary. A further six were acquired in 1906 for use on other lightly used services. The railmotors remained in use till the outbreak of World War I. The steam engine components were scrapped but the carriage portions were united in pairs, coupled over a shared bogie, and in this format they remained in use on Sheppey, hauled by normal steam engines, right up to the closure of the line.

As the steam railmotors didn't have enough power to pull goods wagons, the SE&CR looked around for a small engine for the daily goods service. One, No. 54 Waddon, was obtained second hand from their neighbour and rival, the London Brighton and South Coast Railway. This was one of that railway's famous Terrier class tank engines. This particular example survived into British Railways days and is still preserved, albeit as a static exhibit, in Canada's National Railway Museum. 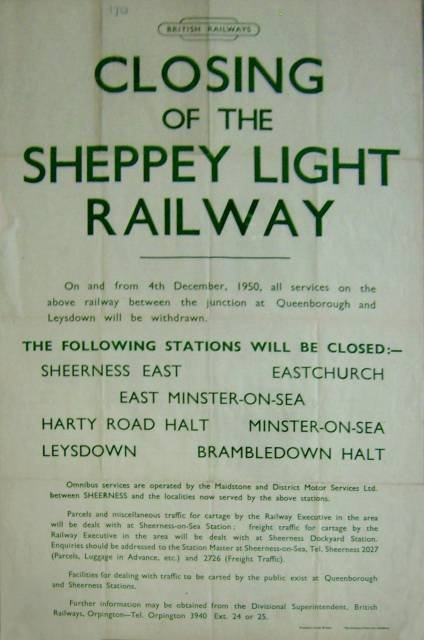