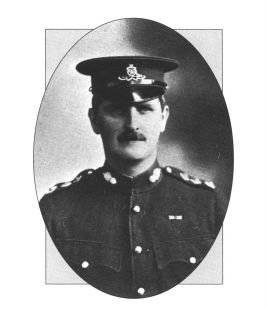 His parents were prominent members of the Pre-Raphaelite Brotherhood, the artists’ movement.  Among the most well-known were Dante and Christina Rossetti and Holman Hunt. Hunt was Holman Stephens’s godfather - hence his first name.

Many of the steam-hauled trains on the Stephens railways were ‘mixed’ - passenger services with goods wagons attached.  They were economic to run, but slow.

Unsuspecting passengers would suddenly realise that their train was shunting to and fro, dropping and picking up wagons at wayside stations, instead of travelling directly to their destination.

Holman Fred Stephens - known to his friends as Holly - was born on 31 Octo­ber 1868 in West London, the son of art critic and Pre­-Raphaelite Brotherhood member Frederick George Stephens. He went on to be­come involved with 16 rail­ways around England and Wales, as engineer, locomo­tive superintendent, manager or director.

He became master of a new style of railway: the light railway provided for by the Light Railways Act of 1896.

This allowed railways to be built, usually in rural areas, much more cheaply than before. They followed the lie of the land, had small, out-of-the-way stations and in later years, especially, ran trains of antiquated locos and rolling stock. As a result, they had immense charm and character. Stephens made them his own with a talent for running them on a shoe-string budget.

He enabled them to survive for many years after the onset of serious road competition after the first world war and the economic depression of the twenties. One of his innovations was to introduce petrol engined railmotors on several of his lines, long before the big mainline companies realised their value in cutting costs.

At the age of 22, Stephens started his career as resident engineer of the Cranbrook & Paddock Wood Railway in Kent. He became a lieutenant colonel in the Royal Engi¬neers in 1916 and was thereafter known simply as The Colonel. By this time, he had established an office in Ton¬bridge to manage his railway empire, aided by his right¬hand-man William Austen.

Stephens died on 23 October 1931, but the appeal of his unique railway legacy lives on, and is catered for by The Colonel Stephens Society.

Stephens had a reputation as a strict boss, turning up unannounced to inspect his railways and firing off curt memos to the staff.  He was, on the other hand, often generous to individual employees.  On one occasion he paid out of his own pocket for some desperately needed false teeth. One of his soldiers, later employed on the S&MR, recalled that the Colonel had sent him food parcels when he was on active service in France.

His first commission was with the 1st Sussex (Volunteer) Royal Engineers as second-lieutenant in 1896.  He was promoted to lieutenant in 1897 and in the following year to captain. He recruited 600 men to serve with the Royal Engineers in South Africa during the Boer War (1899-1902).  With the rank of major, he became commanding officer of five companies of Royal Engineers in Kent.  At the beginning of WW1 his companies were employed in the defence of the Thames and Medway estuaries, including responsibility for searchlights. There is conflicting evidence about the timing of his promotion to the rank of lieutenant colonel, but he was known as ‘Colonel Stephens’ from 1915. In April 1916 he was transferred to the Territorial Force Reserve so that he could concentrate on managing his railways.

Stephens died age 62 in the Lord Warden Hotel, Dover, where he was resident.  He never married and had no heirs.  He left his estate of £30,000 (equivalent to about to about £1.4 million today) to be equally divided among four of the staff at Tonbridge.  This caused a great deal of dissension.

Parts of two of his railways, the PD&SWJR in Devon and the Weston point in Cheshire are still in the national network.  The Festiniog, a significant part of the KESR and a smaller part of the East Kent are operating as preserved heritage railways, while the Welsh Highland is now reconstructed and open over its  entire route.  In addition, there are plans to revive the Ashover Light Railway in Derbyshire, the Snailbeach District in Shropshire and the BP&GVR in South Wales. A visitor centre is set to open in the former terminus of the S&MR in Shrewsbury.  It is hoped to preserve artefacts and other aspects of the WC&PR in Somerset.  It is a remarkable legacy.