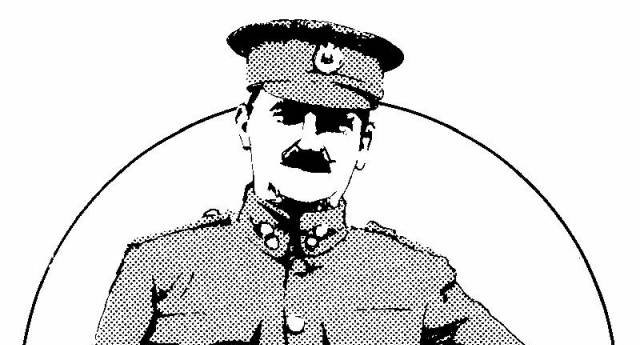 As a boy, Stephens was called Holly Born in 1868 in west London, he was christened Holman Fred (not Frederick). L Inevitably he was nicknamed Holly. The Pre-Raphaelites

His parents were prominent members of the Pre-Raphaelite Brotherhood, the artists' movement. Among the most well-known were Dante and Christina Rossetti and Holman Hunt. Hunt was Holman Stephens's godfather - hence his first name.

Stephens became an expert in the provisions of the Light Railways Act of 1896. The legislation was intended to open up rural areas not served by the main line railways by relaxing construction and safety standards in return for restricted speeds (usually a maxi­mum of 25 mph). However, lack of money and timorous decisions by the Light Railway Commissioners led to disappointing progress. After the First World War, the availability of cheap war surplus road vehicles and gradual improvements to roads meant that the light railway era was coming to a close.

He established a small office in Salford Terrace, Tonbridge, Kent from which he promoted, engineered and managed a collection of railways in different parts of England and Wales.

Stephens was associated with a total of 18 lines at one time or other (all standard gauge unless stated otherwise):

Between Queenborough and Leysdown on the Isle of Sheppey in Kent. Opened in 1901, taken over by the SE&CR. Closed in 1950.

Between Callington and Bere Alston. Opened in 1908. Upper section closed in 1966, the four miles to Gunnislake is still open.

Freight-only line opened in 1869, converted by Stephens to passenger carrying in 1909. Closed to

Between Llanymynech in Montgomeryshire, with a branch from Kinnerley Junction to Criggi on. Opened as a light railway in 1911, closed to passengers in 1941 and operated by the Army until 1960.

Stephens was briefly engineer to the IoWCR in 1911.

Linking three seaside towns on the Bristol Channel. Opened in 1907, closed in 1940.

Lines to serve the Kent coalfields from a junction at Shepherdswell. Opened to freight in 1912 and passengers in 1916. Closed to passengers in 1949 and entirely in 1987.

Mineral line from Burton Dassett to ironstone mines at Edge Hill, Oxfordshire. Closed in 1925 when ores ran out

Freight-only line along the ManchesterShip Canal opened in 192210 serve chemical works. Partially in use today.

In 1923 Stephens became the civil engineer and locomotive superintendent of both the FR and the WHR which were under joint management.

Narrow gauge line between Clay Cross and Ashover in Derbyshire. Opened in 1924. Closed to passengers in 1936 and to all traffic in 1950.

Between Torrington and Halwill Junction, used the formation of the Mt gauge Torrington & Marland Mineral Tramway for part of route. Opened 1925 and run by the Southern Railway. Closed to passengers in 1965 and to all traffic in 1982.

Stephens was an early recycler, before the term was coined. Wherever he went he used hotel note paper for his correspondence. On at least one occasion he used the local town clerk's headed paper and envelope.

He bought locomotives, carriages and wagons second or even third-hand for his railways. In some cases he cannibalised non-working engines to get others running.

The 'Terriers' were among his favourites

He liked the Al class 'Terrier' 0-6-0 tank engines originally built at Brighton by the London, Brighton & South Coast Railway (LBSCR) between 1872 and 1880. There were nine of them on his railways. Two were on the Kent & East Sussex Railway: No.3 Bodiam and No.5 Rolvenden. The others were on the Shropshire & Montgomeryshire (3), the Weston, Clevedon & Portishead (2) and the Edge Hill Light Railway (2).

One of his Terriers is still working today

LBSCR No. 70 Poplar was built in 1880. It was bought by Stephens, having completed 664,108 miles, for the KESR in 1901, given the number 3 and renamed Bodiam. Re­cently restored and painted in the Oxford blue livery of the KESR it is back in traffic on the Kent & East Sussex. The smallest steam locomotive?

Another of the Colonel's engines, Gazelle, is reputedly the smallest standard gauge steam locomotive in the world. Bought for the Shropshire & Montgomeryshire Railway in 1910, it was originally a 2-2-2WT owned by the Mayor of Kings Lynn. Converted to 0-4-2WT, passengers rode on the engine itself, prompting a local vicar to complain of discomfort to the Board of Trade. Stephens then ordered the construction of a crude passenger cabin on the locomotive. That was described as having "all the welcome appearance of a prison cell." But by 1915 or 1916 an ex-LCC horse-drawn tramcar was acquired and used as a trailer - another example of recycling. Gazelle can be seen in the ColonelStephensMuseum at Tenterden.

Stephens pioneered the use of internal combustion engine `railmotors' as an economical replacement for steam. He tried them on the K&ESR, using two Ford one-ton lorry chassis with bus-type bodies running back-to-back. They and some Shefflex versions also ran on the West Sussex Railway and the Shropshire & Montgomeryshire. They were noisy, uncomfortable and reputedly drove people away from the railways they ran on. There were also two Drewry railmotors on the WC&PR one of which was bought second-hand from the Southern Railway. Colin Shutt has built a replica of a Ford railmotor which ap­peared at Tenterden during our Members' Day in 2007.

Many of the steam-hauled trains on the Stephens railways were 'mixed' - passenger services with goods wagons attached. They were economic to run, but slow. Unsuspecting passengers would suddenly realise that their train was shunting to and fro, dropping and picking up wagons at wayside stations, instead of travelling directly to their destination.

He also tried a steam railmotor supplied by R Y Pickering on the KESR. It was spectacularly unsuccessful. Not a single photograph has been found of it in traffic. Its frame is believed to have been used to construct the water tower at Rolvenden.

Stephens had a reputation as a strict boss, turning up unannounced to inspect his railways and firing off curt memos to the staff. He was, on the other hand, often generous to individual employees. On one occasion he paid out of his own pocket for some desperately needed false teeth. One of his soldiers, later employed on the S&MR, recalled that the Colonel had sent him food parcels when he was on active service in France.

His first commission was with the 1st Sussex (Volunteer) Royal Engineers as second-lieutenant in 1896. He was promoted to lieutenant in 1897 and in the following year to captain. He recruited 600 men to serve with the Royal Engineers in South Africa during the Boer War (1899­1902). With the rank of major, he became commanding officer of five companies of Royal Engineers in Kent. At the beginning of WW1 his companies were employed in the defence of the Thames and Medway estuaries, including responsibility for searchlights. There is conflicting evidence about the timing of his promotion to the rank of lieutenant colonel, but he was known as 'Colonel Stephens' from 1915. In April 1916 he was transferred to the Territorial Force Reserve so that he could concentrate on managing his railways.

Stephens died age 62 in the Lord Warden Hotel, Dover, where he was resident. He never married and had no heirs. He left his estate of £30,000 (equivalent to about to about £1.4 million today) to be equally divided among four of the staff at Tonbridge. This caused a great deal of dissension.

Parts of two of his railways, the Callington branch in Devon and the Weston Point in Cheshire are still in the national network. The Festiniog, a significant part of the KESR and a smaller part of the East Kent are operating as preserved heritage railways, while the Welsh Highland is undergoing reconstruction and will reopen the entire route in 2009. In addition, there are plans to revive the Ashover Light Railway in Derbyshire, the Snailbeach District in Shropshire and the BP&GVR in south Wales. A visitor centre is set to open in the former terminus of the S&MR in Shrewsbury. It is hoped to preserve artefacts and other aspects of the WC&PR in Somerset. It is a remarkable legacy.

Fascinated by the Colonel and his light railway em­pire? Why not join the Colonel Stephens Society? Started by a small group of enthusiasts in 1984, we now have over 300 members. For a modest annual subscription, you will receive an exclusive quarterly journal The Colonel (described by Model Railway Journal as "one of the best society journals and certainly the most literate"). Each issue of at least 20 pages is packed with information about the man and his lines, including drawings, photographs, first-hand reminiscences, news of restoration projects and newly revealed historical information.

The Society also organises annual Members' Days, usually providing an opportunity to explore a preserved line or the remains of one of the Colonel's railways. Recent Members' Days have featured vintage bus tours of the remains of the WC&PR and the BP&GVR. The 2007 Members' Day coin­cided with the Colonel Stephens weekend on the K&ESR. Other activities include occasional publications, special events and a small fund to support preservation projects such as the restora­tion of the WHR locomotive Russell.

for more information download an application form by clicking on the link below. You can also join our Yahoo! discussion list:

A major source of information and inspiration is the ColonelStephensMuseum at Tenterden station on the K&ESR. The collection features the S&MR Gazelle, reputedly the smallest standard gauge locomotive in the world, a reconstruction of the Colonel's Tonbridge office, plus many other fascinating artefacts, documents and models and a life-size mannequin of the Colonel.

also contains a great deal of facts, figures and illustrations of the man and his empire.

One of the most useful recent books on Holman F Stephens and his railway interests is: Colonel Stephens: insights into the man and his empire, compiled by Philip Shaw and Vic Mitchell, Middleton Press, 2005, ISBN 1 904474 62 4

The KESR published an excellent booklet on Stephens and his railways; Colonel Stephens a celebration, an appreciation of his life and works. It is available from the railway's gift shop at Tenterden Station or via the railway's website at