The Burry Port and Gwendraeth Valley Railway was opened as a mineral line from Burry Port to Pontyberem and on to Cwmmawr in 1869. It was built largely on the line of an earlier canal and its connecting inclines. For many years notably impecunious it fell into Receivership and stayed there for nearly 20 years. It was however an essential lifeline for the collieries it served and as these became more numerous, stable and profitable they pressed for something better. However it took a clash with the authorities over unauthorised passenger traffic before it stirred itself slowly into action, recruiting Stephens who helped to transform the line into something of a model carrier.

Among the collieries served by this railway were those of the Ponthenry and Pentremawr Colliery Companies who were anxious to have men taken daily to their pits, as there were no houses for them in the vicinity. As the railway was in the hands of a Receiver and unable to invest, the Colliery Companies agreed that they should each purchase a railway coach and hire them out to the Railway Company. In return the railway agreed, when the Receivership was discharged, to purchase the carriages from the Colliery Companies at cost price. Supplied by the Ashbury Railway Carriage Company they were apparently rather primitive bogie tramcar-type vehicles. 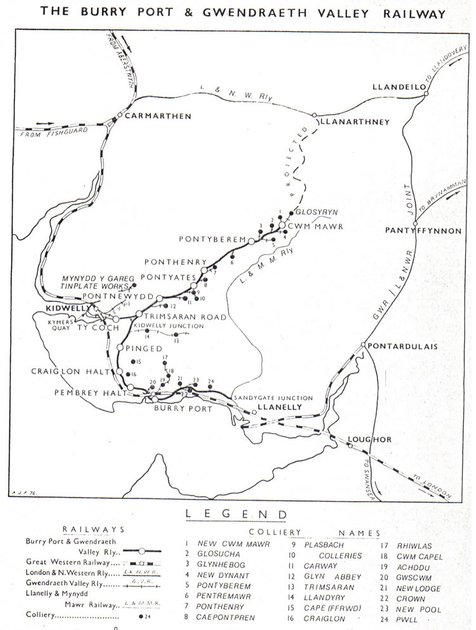 The Railway Company sought to get the Colliery Companies concerned to sign a form of indemnity against loss and expenses “in consequence of any accident to your coach or any of its inmates while running over or being in our system ‘. But the Colliery Companies refused to do so as they held they had no control over the state of the railway line or the behaviour of the Company’s servants.

The Company clearly had concerns about this service and seems to have first considered upgrading their line for passengers in August 1900, but the railway was only slowly coming out of its financial difficulties and nothing was done. This slow reaction seems to have been typical of the Boards conduct of business in the early 20th century when the financial bottom line and an eye to high dividends seem always to be the deciding factors.

However on the 6th September 1903 their complacency was stirred, if not shaken, when an accident occurred between a workmen’s train and an engine near Burry Port. It transpired that colliers’ wives and other people were also permitted to travel by these trains. The line was not however passed by the Board of Trade for the carriage of passengers and no passenger duty was paid in respect of them. It appears that this accident was duly reported at the time to the Board of Trade who replied on the 23rd September 1903 “I am to draw attention to the responsibility incurred by your Company in carrying persons in this manner without the proper safeguards adopted for passenger lines.’’ Mr Arthur Morgan, the very capable General Manager of the Railway, subsequently called upon Colonel Yorke at the Board of Trade on Tuesday, February 16th 1904. He explained that his Company were running workmen’s trains up and down to the Collieries each day and that in these trains people other than workmen were travelling. He stated that it was the practice for parties going to Llanelly Market to ride in the Brake Vans and if they carried any luggage a charge of 6d. per package was made for the luggage only. Colonel Yorke said in reply that the Board of Trade could not recognise the practice of carrying outsiders. He did not however formally ban the practice, simply, and pointedly, remarking that if any fatal accident occurred a great deal would depend upon the verdict of the jury. The matter rested for a while in this rather unsatisfactory manner and the Board returned to its successful concentration on earning profits.

The Board came under increasing pressure from local residents but it was still saying in May 1907 that it had no money to effect improvements. However with improving finances and steady increases in traffic the railway began at last to seriously consider putting its house in order and in March 1908 agreed to ‘consider’ the matter. The Board decided to seek costings for obtaining a Light Railway order and reconstruction of the line both for passengers and overall greater efficiency. They resolved that an ‘Engineer of experience …should be consulted‘. By their next meeting in May they had called in Holman Stephens as that engineer. It was reported that Morgan had already opened negotiations with ‘Ward’ (presumably T W Ward) for suitable coaches. Stephens with his customary speed and efficiency reported to the July meeting. The Solicitors were then instructed to apply for an order for the line from Burry Port to Pontyberem. 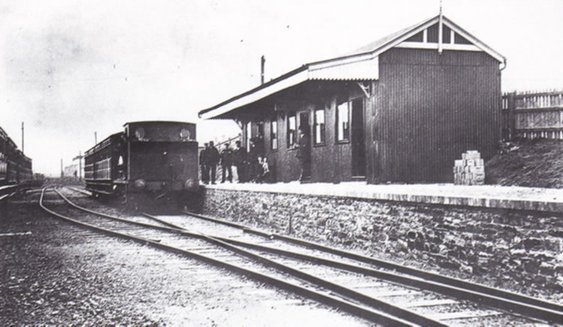 As an existing railway wishing to improve its facilities and with Stephens at the helm the order went through very smoothly. It was submitted in November and granted in February 1909. Preparations had already commenced and Stephens had undertaken the detailed survey and made recommendations as to stock etc. With the legislation in place the line was rapidly and extensively reconstructed in the classic Stephens style. Track was replaced, curves eased, signalling upgraded and stations built at minimal cost. This had been estimated at a very reasonable £8500 and came out at £8656, a tribute to Stephens professionalism .The line was opened for passenger traffic on August Bank Holiday (2nd August) 1909. It was a great success with 10000 passengers carried in the first month and 57000 in the first half year. Another loco and more carriages were rapidly ordered. During the reconstruction period the Board had been under great pressure to extend the improvements and passenger service to Cwmmawr.

They had deferred the decision, only to return to it in June 1910 following consultations with Stephens, who submitted a formal report in September. This matured into full plans and specifications in March 1911 and another LRO submitted. Stephens appears far from keen on this extension for the work went against his basic light railway engineering instincts. The original line had severe gradients, variously reported but probably 1 in 32 with, in parts, 1 in 14 and 15. Difficult even for mineral traffic operation and quite impossible for passenger traffic. Reconstruction needed extensive earthworks with a cutting one-quarter mile in length and reconstruction for 1000 yards or more with the embankment raised 30 feet above the old trackbed. Stephens suggested reviving an earlier projected line north to the LNWR Carmarthen line at Llanatheney for which authorisation had been obtained in 1881. He said it would be much cheaper to build than reconstructing the old line, which might be retained purely for mineral traffic. His suggestion was however not accepted either for practical operating or political (connection with the LNWR would have upset the GWR) reasons. The order for the extension to Cwmmawr was granted and work commenced in October. Some work such as the second platform at Pontyberem was quickly finished but the remainder undoubtedly caused problems and the directors considered reducing costs by steepening the gradients but were deterred by Board of Trade requirements. The extension was finally opened for passengers on 29th January 1913 at a cost of £4000. 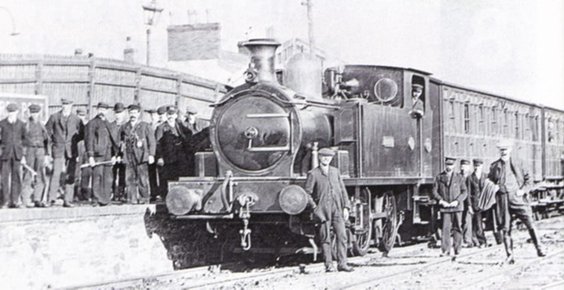 On 18th January, shortly before the opening, Stephens had written that he was ‘finishing my work’ and gave great praise to Mr Eager ‘the excellent resident engineer who has carried out my wishes’. This may have been a propitiatory farewell as John Eager had been engineer of the railway since 1901, was 14 years older than Stephens and indeed had wider engineering experience. However he did not have the ear of the Board. Earlier in the work Stephens had been critical of Eager particularly as the work was being carried out by direct labour and not by his preferred method of using Contractors. Nevertheless he had effectively worked on the reconstruction under Stephens for nearly 5 years and such a parting tribute was a good example both of Stephens’ patrician attitudes and his generosity. With this parting letter Stephens seems to have severed his connections with the Burry Port. He had his hands very full particularly with East Kent and was no doubt glad to relinquish some of his responsibilities in South Wales although he continued to be involved in the nearby and ultimately unsuccessful, Gower scheme for another ten years

With Stephens planned reconstruction the Burry Port had however been put on a sound engineering basis. It continued to be handicapped by a restricted loading gauge arising from its canal origins but latterly this was down to company parsimony. Although reconstruction was again considered in1919 it was characteristically deferred. By this time the railway was carrying 187,000 passengers and 355,000 colliers a year. The Company had settled down to returning a steady 10% to its shareholders and was as prosperous as any in the land. The directors watched their returns assiduously. As a locally managed Light Railway the Ministry of Transport offered them continued independence at Grouping. However, astute as ever, they were approached by the GWR with a generous offer and allowed themselves to be absorbed. Although latterly hard hit by buses running direct to the main destination of Llanelly passenger services nevertheless continued for another 40 years. Heavy coal traffic continued until the Coal Mining industry eventually died in the late twentieth century.