North Cornwall, a Railway on a budget

In 1923, I graduated from the Crystal Palace School of Engineering and began to look for a job where I could put to some advantage my newly acquired knowledge. I had emerged with the somewhat doubtful privilege of “student of the year”, as jobs for young engineers were hard to come by at that time and the standard of mathematics taught by the college was not as high as that demanded by some employers.

I was therefore delighted when a Colonel Stephens applied to the college for someone to act as an “improver” on a light railway scheme with which he was involved in North Devon and I was the recommended candidate. The severely practical curriculum of the college, with grounding in many aspects of engineering, was the ideal training for Stephens requirements and following a brief interview at the R.A.C. Club in London, I was offered the job, which I accepted.

Stephens insisted that I should start work immediately and I was told to report to the headquarters of the Resident Engineer, Captain J.H.T. Griffiths, at 9 Bridge Street, Hatherleigh, taking with me a bed and a bicycle. I arrived on or about 23rd December amidst appalling, snowy weather, to find that Griffiths and his 2 junior engineers had just departed for the festive season, leaving me alone in the house, which was unfurnished and did not have even a semblance of mod cons, such as mains water or electricity. It was the most dismal Christmas that I can ever remember.

The North Devon & Cornwall Junction Light Railway was planned as a standard gauge line, running in a roughly North, South direction; train Great Torrington to Halwill Junction, a distance of some 20 miles. Although promoted as an independent concern, it was always intended that the railway would be worked by the London & South Western Company. The northern portion, some 6½miles in length, followed the route of a 3 foot gauge china clay railway and, in part, replaced it.  The southern end was a completely new railway. The scheme was conceived partly to alleviate a chronic unemployment problem in the area and many of the labourers on the job were managers of commercial companies, chartered accountants and professional people of all types. 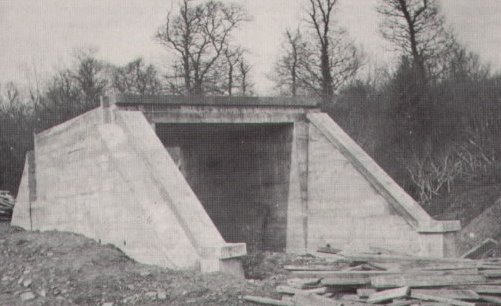 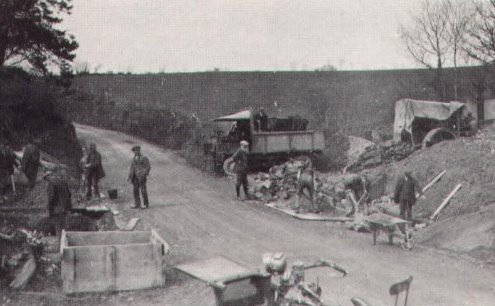 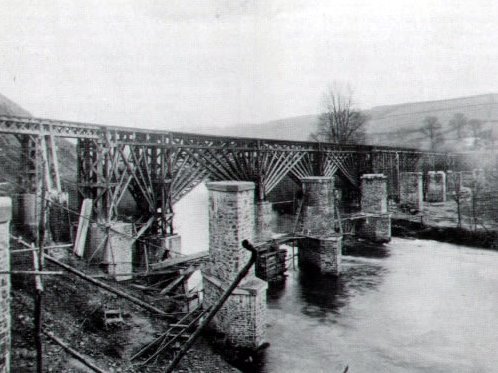 As an “improver”, my duties were to set out the centre lines and limits of earthworks, design and make drawings for small engineering structures such as cattle creeps and culverts and to measure up for the monthly certificates of payment to the contractor.

Captain Griffiths was an erudite and dedicated engineer, with a strong leaning towards the astronomical side of the work. He had been a lecturer in geodetic surveying at the University of Achimota in Ghana and I remember that on all drawings calling for “north points” we had to make proper astronomical observations with the help of a nautical almanac. By the time that I left the job, I was fully competent to make these fixes and have often wished since, when working in various parts of Africa, where ordnance maps are few and far between, that I had kept up the knowledge that I had acquired at that time.

Colonel Stephens visited the line several times whilst I was there. He usually arrived by road at our Hatherleigh offices in a chauffeur-driven lorry, which possessed a spare set of flanged wheels which could be readily attached to the vehicle. By this means, he managed to visit all parts of the line where steel had been laid, in a very short time. Much of the Railway was quite remote from even the most primitive lanes and the alternative was to walk or ride the route, which was continuously submerged in a sea of mud.

The line was constructed on “shoestring” finance and considerable use was made of local materials. For example, sleepers were cut from oak trees, bought standing and milled on site with portable, steam-driven saw benches, although I do remember being sent to Newport to approve and stamp some 5000 creosoted fir sleepers that had been imported from the Baltic. Boundary fence posts were of larch, also obtained locally and I recall 2 instances which show how tightly money, in particular payments to the contractor were controlled. Part of my work was to inspect fence posts to see that they complied with the specification agreed with the contractor, which was 10 inches circumference at the top and 12 inches at ground level. I naturally assumed that this should be done when they were delivered on site and did so, until Colonel Stephens, on one of his periodic inspections, said that the posts should be inspected only after they had been driven into the ground and threaded with wire through the drilled holes. At this stage, the contractor was told that he might leave in (and forfeit payment) or replace any which did not hold up to the specification. Naturally, he chose the former course and in this way many serviceable posts were never paid for, until the timber contractor realised what was happening. A similar practice was applied in the case of sleepers.

Another of my responsibilities was the supervision of the steelwork for the construction of a viaduct over the River Torridge at the northern end of the line, to replace a flimsy, wooden viaduct which had carried the china clay railway. One of the piers of the new viaduct was undermined by winter flooding in 1924 and instead of demolishing and starting again, which should have been done, it was righted by winching and then underpinned to an annular foundation ring blasted out of the granite forming the river bed. This was not the only mishap experienced during the construction of the viaduct; some of the steelwork was bent whilst being unloaded from wagons at Halwill and rather than replacing what must have been a seriously weakened structure, an army of local blacksmiths was recruited to drill Out the rivets and then straighten and reassemble it. The girders were transported from Halwill to Torrington by road, using a hired traction engine and many of the bends in the narrow lanes had to be specially excavated to get them round.

Even so, a great deal of damage was caused to the highway and I have often wondered why the girders were not delivered direct to the Torrington railhead, it would certainly have avoided many of our problems. Apart from myself, 2 other improvers were employed on the line. Transport from headquarters to the place where we happened to be working was quite a problem as it often involved distances of 12 miles or more. We had the use of a large horse to take us round the Site, but it was a real penance to ride the beast, particularly after a long day’s measuring up. A trap would have been a boon and it was therefore with some relief that we heard one was to be auctioned at the George Inn, Hatherleigh, and that the maximum sum the auctioneer anticipated it reaching was a modest £5. My colleague, Stanley Bunnell, duly wrote to Colonel Stephens at Tonbridge, requesting authority to bid for it. Stephens cannot have been devoid of a sense of humour, even if he was indifferent to our discomfort, for in a day or two he replied:

With reference to your request, I regret the purchase of a trap is quite out of the question, as would be that of a sedan chair.

Captain Griffiths enjoyed the use of the only other form of transport provided, a 680 c.c. JAP engined Sunbeam motor cycle and sidecar and occasionally during one of Griffiths’ “Lost weekends”, Bunnell and I used to borrow this, after first casting off the sidecar, for a trip to London where I remember each of us had a powerful attraction.

The conditions under which those engaged on the line worked, would be considered intolerable today. Many of the labourers slept out, under roughly constructed shelters in quarries near by where they were working, due to the difficult road access and there was undoubtedly a great deal of suffering. One particularly unpleasant task allotted to me was the fixing up of a “pulsometer” steam pump - just a hollow casting with 2 compartments and valves about 2 feet 6 inches long - to drain a quarry a few hundred yards from Halwill Junction to recover a body. The contractor’s pay clerk had drowned himself when he found that he was some £100 short in his “float” and was unable to account for the discrepancy. At the inquest, it turned Out that the missing sum was simply due to the practice of “subbing” a proportion of each man’s weekly wages, something the head accounting office did not recognise and did not take into account when notifying the pay clerk of the cash that he should have had in hand.

I left Stephens’ employment early in 1925, several months before the completion of the line, which was, I believe, on schedule. By then the London & South Western Railway had been merged into the Southern Railway and the latter concern automatically assumed responsibility for working the North Devon & Cornwall Junction line. Looking back on those days, now over half a century ago, many of the unorthodox methods and practices that we adopted in order to make the project a reality within the constraints of a severely limited financial budget, would be entirely unacceptable today. Nevertheless, this small railway served the needs of the local community well for nearly 40 years, until in 1965 it became just another “un-remunerative branch line”, ripe for deletion from the Western Region of British Rail.