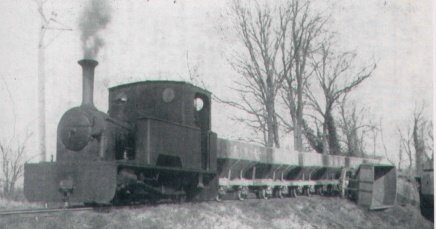 The Snailbeach District Railways, originally envisaged as a public railway, had evolved, because of lack of capital, as a 2’3 ¾’’ narrow gauge mineral railway. It was a railway tied to the ups and downs of the Mining and extractive industries For the first 30 years it was run largely as a subsidiary to the Snailbeach Lead Mining Company, its principal customer. After extensive mine closures great efforts were made to revive it in the early 1900s by its managing dynasty, the Dennis family, in wake of revivals in traffic processing mine waste and road stone, from a quarry promoted by the Dennis’s (the Granhams Moor Quarry Co at Eastridge). Closure was considered again as early as 1913 with the final failure of the Mining company (although pumping continued until 1919) but the railway was kept going though the First World War by healthy wartime quarry and barytes traffic. It was again brought to its knees by the failure and final closure of Eastridge Quarry in around 1920 and traffic dropped below 3,000 tons in 1922.

In early 1923 Stephens bought the railway company, virtually as his personal property, and set about re-equipping it. He was successful in this and with steady felspar traffic from the old mine tailings, and particularly with the opening of a new road stone quarry at Callow Hill (albeit too near to the terminus at Pontesbury to gain satisfactory mileage), the railway enjoyed a modest prosperity. Shropshire County Council took over the quarry in October 1930 and, with assured traffic flows, more wagons were bought in 1935 and plans laid in 1937 to reduce engine mileage by moving the locomotive shed to Pontesbury from its remote site at the end of the line amongst the old mine workings. 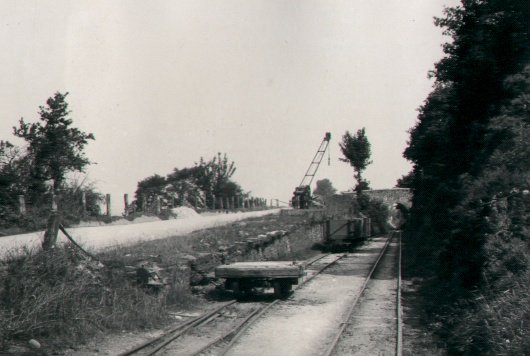 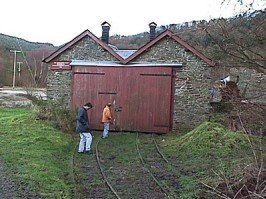 With World War 2, as the county council was forced to cut back on road repairs, this modest prosperity disappeared. The railway survived with traffic at about half pre-war levels but the longer haul felspar traffic had gone. However as the war in Europe was reaching its climax, another enemy emerged at home.

The engine shed, coal yard and carpenters shop and their associated water supply stood on land leased by the mining company (by the thirties Halvans Ltd) from the landlord the Earl of Bath, and successive subleases had been signed. However Halvans surrendered the head lease at the end of March 1944 to Mr Joe Roberts of Snailbeach Mines, Ministerley (trading as the Snailbeach Barytes Company), who mined barytes from the shallow mine workings. Roberts proved a vindictive landlord. By June he was claiming an increased rent (in the middle of a fixed lease) and that land on which rails were laid on the main line was now on his land. By March1945 Roberts had cut off the water supply at Snailbeach and removed two lengths of rail with sleepers on the main line by the Snailbeach Wharf Bridge. Luckily one of the engines was customarily stabled below this point but the other two engines were stranded at the engine shed at Snailbeach. An injunction was applied for against Roberts, and given that he had removed rails from a statutory railway in wartime this was speedily delivered!

Final settlement was however more prolonged and the court delivered its final judgement on 16 August 1945. The settlement was that Roberts agreed that the Company were the owners of the main line of the Railway from Pontesbury to Snailbeach and the branch leading to the engine shed at Snailbeach.

He also agreed to give the company a 14-year lease (with a 7 year termination option for the company) of the engine shed, and its immediate service siding and water supply for £10 per annum. Roberts agreed to pay £50 or the Snailbeach's costs provided the company’s counter claim for loss of water supply and costs of track restoration was dropped. Tenancies of the coal yard and carpenters shop, no longer necessary for the railway, were surrendered to Roberts.

This strange and destructive little spat was taking place while the railway was in deep financial trouble and within weeks closure was considered and moves initiated to lease the railway to its sole remaining user, Shropshire County Council. By mid-1946 the steam engines, and hence the engine shed and the top part of the line, fell into disuse, with a hired agricultural tractor hauling the Callow Hill traffic. The bottom end of the line was leased to the Council from 14 April 1947 and the top end went to sleep until, with Mr Roberts’ lease window looming, the engines were scrapped. The loco shed building and its approach lines reverted to Mr Roberts, who carried on working the tips until the 1970s. And by one of those odd quirks of history they remain in existence to this day as part of a mines museum.

Snailbeach District Railways Board Minutes in the Colonel Stephens Archive