Nasty accidents on level crossings have been rather too prominent in the news of late but are nothing new. Stephens was almost obsessive in his drive to build light railways at minimal cost and one of his cherished economies was gateless level crossings protected by cattle grids, (a system that he may have pioneered in the UK so far as public roads were concerned). This was adequate in days when little traffic was to be found on rural roads and even then only a plodding horse cart or lorry. In 1914 however progress in the shape of a speeding motor car nearly undid this neat economy and could have cost the Kent and East Sussex Railway dear.

On a clear April day the first morning train to Headcorn was unusually hauled by that rarely used beast the 0-8-0T No 4 Hecate. The train itself was the normal ex-South Western Railway three coach Set comprising No. 1, 4 wheeled 3rd class Brake Comp., No. 2, 6 wheeled 1st and 3rd class Comp. and No. 19, 4 wheeled 3rd class Brake Comp. With such super power on the front and no wagons tied on behind the train was running to time. Driver Edward Brazier and Fireman William Meggett slowed to a crawl for the level crossing approaching Biddenden station and reportedly whistled the usual warnings. Two thirds of the way across the road they struck a motor car that, in today’s terminology ‘ had come out of nowhere’. Swerving across the road to try and avoid the oncoming train, the car collided with the leading buffer of the engine and was swung round and dragged some 40’ over the Cattle Guards and along the Permanent Way towards the Station before the Train was brought to a standstill.

Palmer, the Biddenden station agent, immediately reported this to Stephens, in the following matter of fact terms.

I beg to report that the 9.11am train here this morning collided with a Motor Car on the Level Crossing at Biddenden Station. The Motor Car when I first saw it, was travelling at a fast speed, and on the Engine Driver whistling again just by the signal, the car seemed to swerve across the road towards our fence, and then come gradually to a standstill, with the two front wheels over one of our metals, and the Driver looking Halden way. The car seemed to be still about a second before the engine buffer hit the bonnet, turning the car round and hitting the body up against the fence, which fell to pieces, and appeared to pitch 3 men out – one man was dragged about 20 yards by the Motor which was caught on the guard which is fixed to the front of the Engine.

I rendered every assistance and procured a Doctor at once from the Village, who said he must have assistance, also a car, so I telephoned to Tenterden Agent to fetch Dr. Skinner and a motor from Simmonson’s to take the injured to Maidstone Hospital.

The injuries were as follows:

(Allowed to go home from hospital)

(This man did not go to Maidstone Hospital)

The Driver of our train was Brazier, Guard, J. Stanford, Engine No. 4 (“Hecate”).

I also beg to state I judge the speed of our train at 3 to 4 miles per hour when the accident happened.

W H Austin was immediately despatched, probably from Tonbridge and the next day reported

As per your instructions I visited the scene of the above yesterday arriving on the spot about 12-25pm (note the speed of his arrival-ed.) and beg to report as follows: 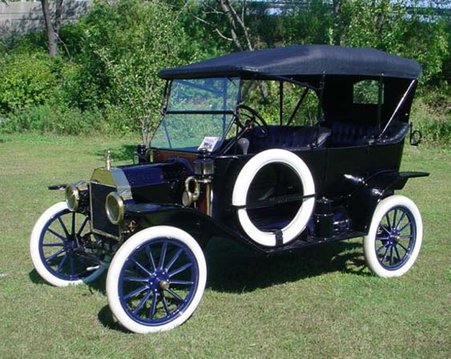 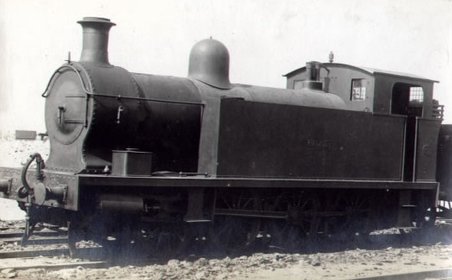 “In this case it appears that the 8-55am train ex Tenterden to Headcorn whilst crossing the Public Road Level Crossing on approaching Biddenden Station at 9-13am was run into by a “Ford” Commercial Motor Car, Registered No D.8318, the property of Messrs Marchant & Tubbs, Ltd. Maidstone. The Car (which was completely wrecked) contained four occupants…there follows details of car occupants and train he continues…

“From evidence received it appears that this Car was travelling in the direction of Tenterden and from a statement made by the Biddenden Station Agent, Palmer, who witnessed the accident was going at a fair speed. Palmer states that the Chauffeur of the Car was seated on the right hand side of the Car and another occupant was seated immediately on the left of the Chauffeur their attention being directed towards the Station (the opposite direction in which the train was proceeding) and as the Car was crossing over the Level Crossing collided with the left trailing buffer of the engine the Car being swung round and dragged some 40’ over the Cattle Guards and along the Permanent Way towards the Station before the Train was brought to a standstill.”

“I have interviewed Driver Brazier who states that he was proceeding across the Public Road at a speed of 6 miles per hour. Previous to this the warning whistle was given at the speed Board, and again immediately before crossing the road. A good lookout was kept before crossing the road by both Himself and the Fireman but nothing was noticed to be coming along the road previous to crossing and it was not until the engine was two-thirds of the way across the road when the collision occurred. Guard Stanford and Station Agent Palmer bear out Braziers statement.”

“I would mention that a Mr Gurr of Biddenden volunteered information to me yesterday as to passing this Car some ¾ miles from the Station. He states that he was engaged with his man carting stone from the Station when this Car passed him and he commented on the speed of same (which was estimated at 40 miles per hour) to his man and remarked that the occupants would come to grief sooner or later going at such a speed.”

“The Station Agent has names of other witnesses who would tender evidence if required as to what they saw.”

This accident, mild as it was by today’s standards, caused a stir. Not least because the car’s occupants, although clearly speeding by the standards of the day round a shallow blind bend on the approach to a built up area decided to sue the railway in much the same vein as today’s coffin chasing lawyers. Worst of all they won the first round for when the case came up at Cranbrook County Court following conflicting evidence about the adequacy of the whistled warnings, a number of questions were put to the jury who, in the words of The Railway Gazette ‘ evidently intended to find everything they could against the company’. Two questions caused such concern that they were subject of correspondence at Ministerial level because of the cost implications for building light Railways. Amendments to the Light Railway Acts were even considered .The Questions were

‘Was it negligence on the part of the railway company not to have gates’; and

‘Was it negligence on the part of the Railway Company not to have watchmen.’

The answer to both was ‘yes’

Within weeks the Appeal Court supported the verdict. The senior Justice cut short the proceedings saying the appeal judges quite clearly felt that it was impossible to find any evidence not to support the finding of the Cranbrook jury. Leave to Appeal was refused but Stephens battled on and fortunately for the financial well-being of his railways finally secured a favourable judgement. Writing in victorious mood to the responsible senior official in Whitehall he wrote

‘We were successful off our own bat. I think however that if we had had the Board of Trade’s assistance, we should probably have secured the ‘execution’ of the plaintiffs!’

Seriously and practically the case showed the importance of the railways duty to do everything necessary to show the exercise of reasonable care in the conduct of its business.

Perhaps we might finally note the Kent and East Sussex Railway subsequently became noteworthy for copious and noisy whistling at all of its level crossings!