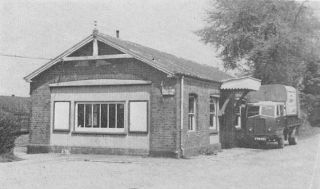 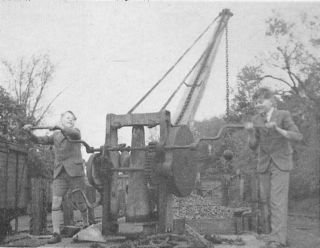 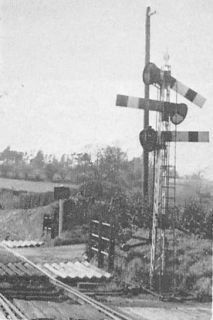 TenterdenTown, which in recent years has been the administrative headquar¬ters of the Kent and East Sussex Railway. It is situated at the top of the bank from Rolvenden, and is quite convenient for the centre of Tenterden, being down a lane off the High Street. It was opened in 1903, and was a terminus until the Headcorn extension was built in 1905.

The track layout is shown in the diagram, and comprises a simple arrangement of run-round loop and sidings. There arc two plat¬forms, one with the main building on it, and the other devoid of any shelter. The approach from Rolven¬den is over a level crossing with cattle grids on each side. just before the platform was a rather peculiar 3-arm signal as shown in the photograph. Its lattice post was 18 ft. 6 in. high.

The goods yard contained a van body bearing the faded initials "S.E.C.R." on its sides and a rather delightful crane seen in one of the photographs being operated by two of the younger inhabitants of Tenterden. (The photographs were taken 14 years ago so they are not quite so young now!)

A water tower stood at one end of the platform and a wind pump at the other—whether there was any connection between these I do not know.

The station building is of a most unusual design. Although basically of brick, the walls are pierced by large arched openings backed by vertically boarded panels in which are set most of the doors and windows. This may have been to cheapen the construction. A wooden lean-to extension and a brick built "gents" adjoin the building at the Headcorn end. A simple awning with a saw-tooth edge valance protects the platform side, with a miniature version on the yard side.

The station would be very suitable for modelling, either as a terminus or through station, though the usual pruning of the length would probably be required. For the record, the distance from the level crossing to the farthest point is about 920 ft.—say 12 ft. in 4mm. scale or 21 ft. in 7mm. The platforms are 280 ft. and 240 ft. long.

I have modelled the station buildings in 4mm. scale (though not the rest of the station) and found that it made a most effective model. I used a laminated construction with four layers for the main structure. The outer layer was b; in. plywood with the arches cut out and the second layer 1/16 mm. ply scribed for the vertical planking and pierced for doors and windows. The third layer was of card rebated to hold the glazing material and the fourth, of 1mm. ply, was a duplicate of layer 2, but with the doors scribed on. The complete sandwich gave an extremely strong structure and also provided the correct recess¬ing of the panels. 7 mm. scale model¬lers could use the same technique but with 1/8in. ply for the outer layer.

The remainder of the station should not present any particular difficulties, and in fact should give the scenic boys quite a field day! 4mm. modellers have a bonus in that the S.E.C.R. van can be obtained as a kit 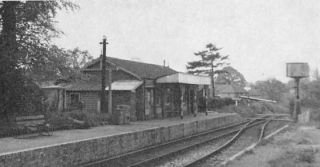 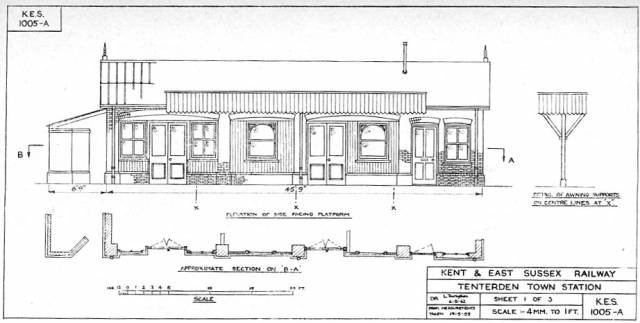