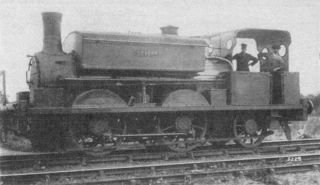 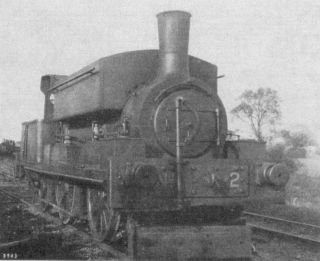 The Shropshire and Montgomery­shire Railway, another of the lines owned and managed by the late Colonel H. F. Stephens. The S. & M.R. had a most remarkable history, beginning as part of a hoped-for trunk route during the 1860's, but in fact only serving the needs of a rather sparsely popu­lated area on the Welsh Border. Known then as the Potteries, Shrewsbury and North Wales Rail­way, the only part ever built was opened in 1866 from Shrewsbury (Abbey Station) to Llanymynech and Nantmawr, with a branch to Ceriggion: it reached neither the Potteries nor North Wales. The line ran at a considerable loss until 188o, when the Board of Trade forced it to close because of its poor condition. Everything was left where it stood to rot!

Twenty years later, in 1911, it was finally re-opened by Colonel Stephens as the Shropshire and Montgomeryshire Railway. For the opening, Colonel Stephens as¬sembled a motley collection of loco¬motives, one of which is the sub¬ject of this month's article. This was No. 2 "Severn," a locomotive with as remarkable a history as the line it ran upon.

Until recently, it was thought to have come from the Shrewsbury and Hereford Railway, but recent research published in Part 3 of the R.C.T.S. book "The Locomotives of the Great Western Railway" gives it an even more interesting origin. Although nothing is definitely known, the locomotive is believed to have been built as a tender engine for the St. Helens Railway in about 1853. Numbered 23 and named "Hero," it passed to the L.N.W.R. as No. 1389 before being sold in 1865 to J. Cross and Company, who altered it to a side tank engine.

In 1869 it became No. 2 of the Bristol Port Railway and Pier Company, and as such is illustrated in the above-mentioned book. When that company was taken over by the Midland and Great Western Railways in 1890, the locomotive was sold and its subsequent history is obscure until 1911, when Col. Stephens purchased it from the Grief Colliery. By then it had become a saddle tank, but retained many features indicating its origin.

On the S. & M.R. it was named "Hecate" until 5921 when it was renamed "Severn" as shown in the drawing. It had a curious com¬bination of bar frames for the driving wheels and plate frames for the trailing wheels: the exact arrangement of these is not very clear from photographs and that shown on the drawing is a suggested layout. The coupling rods were round section, and brakes were fitted to the rear four wheels only: this was later altered to the front four as can be seen by comparing the two photographs. The squat stove¬pipe chimney appeared to be built up on the original base, and the narrow cab (incorporating the front sheet of the original locomotive) had front spectacles in such a position that the view forward was completely obscured by the flat sided saddle tank.

The livery on the S. & M. was almost certainly dark blue edged in black and lined in red, the standard livery of the Col. Stephens railways: this livery probably lasted until the locomotive was withdrawn in 1931. The name "Hecate" was painted in yellow inside an oval panel bearing the name of the railway. When renamed "Severn" the name was carried on cast-iron plates in the usual manner.

I have never seen this locomotive modelled, but it would be quite a simple one to make. The wheels are of fairly standard sizes, there is plenty of room for a motor, and not too many rivets—though some round the tank and cab would help to capture the ‘atmos¬phere’ of the prototype. 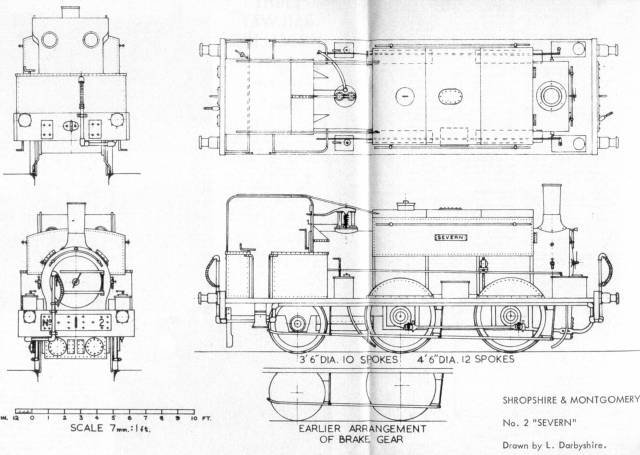