Sentinels on the Potts

A query from Tom Burnham in the Forum section of this site led to some interesting correspondence on and of the site particularly with John Hutchings of the Sentinel Society. Albyn Austin drew attention to an article written by Bill Willans in the Colonel, the Journal of the Colonel Stephens Society, which is reproduced below with the Editor’s kind permission. Brian Janes has added some notes on the likely identity of the Locomotives concerned and the remarkable fact that one of the locomotives has survived.

‘IT WAS largely due to the use of Sentinels that I came to work on the Shropshire & Montgomeryshire railway. My father was managing director of a subsidiary of Sentinel Wagon Works (1920) Ltd., namely Sentinel Industrial Locos Ltd. These locomotives were being built at the Shrewsbury works.

I have no idea how my father got in touch with Colonel Stephens: we were living near Chester at the time and one day he announced that a loco was being tested on the S&MR and he had found a house in that district. I accompanied him to Kinnerley on that day and met the rotund Mr H. Funnel- stationmaster and general factotum -and also Mr W. Austen. The latter seemed very enthusiastic about the Sentinels.

On this day I went from Kinnerley to Shrewsbury and back on the loco in question. Being a comparatively light locomotive, she failed to hold the goods train on the descent to Abbey station. A sudden exodus of various extraneous personnel from the footplate to apply wagon brakes averted disaster!

During 1927 I was taken to Meol Brace where two Sentinels had been transferred “dead’ from the LMS/GW joint line. One was a single engined job fitted with a vacuum brake ejector to enable her to be used on passenger trains. She was geared to travel at a speed comparable to the Rattlers, the local name for the railcars. The other had two engines and two boilers and was suitable for goods service.

The smaller engine was raising steam and various individuals had congregated on the footplate: Billy Turner, a Sentinel driver; Frank Reeves, an S&M shunter, guard and so on; and an S&M pilot whose name I am unable to recall. There were also at least two LMS/GW characters, whose conversation seemed to consist of derogatory remarks about the Shropshire and Montgomeryshire railway!

In due course, we left for Kinnerley at the head of a train of Granomac empties and the larger, “dead” Sentinel. The load was heavy for the smaller, high-geared locomotive. This often necessitated the engine working in the late cut off “Forward Start” position (or “Reverse Start”), which will be familiar to those acquainted with Sentinel wagons or locomotives.

I spent two days on the footplate of the smaller engine and did one trip from Kinnerley to Shrewsbury on the larger one. On the latter occasion some inferior coal had been issued and we made very heavy weather of the bank up to Ford.

The driver of this engine was a member of the Sentinel sales team; a man called Roberts who was an ex-Royal Flying Corps pilot. He was a most charming and hilarious character who did not always abide by Railway Regulations. The pilot was Arthur “Tootie” Pardoe.

The smaller loco made an excellent job of running the railcar service, keeping excellent time and inconveniencing some passengers who assumed that the train would be late!

Occasionally a truck or two of cattle would be attached, thus eliminating the use of one of the S&M locos and doing away with some overtime. It was not until I worked on the railway that I understood the sourness, on some occasions, of certain of the regular crews.

Members of the public often showed curiosity about the Sentinels. One in particular remarked that what tickled him was the steering wheel. It was gently pointed out that the wheel in question operated the brake.

He turned out to be a schoolmaster: this confirmed my opinion (at the time) of the profession! He did not endear himself to me by grilling me when he learned that I was to return to school in a day or two.

The pilot/fireman was usually Sid Nevett, the railcar driver a humorous character. 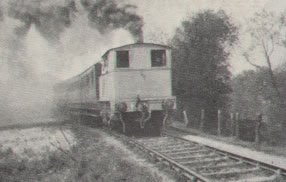 Sentinel on trial on the S&M 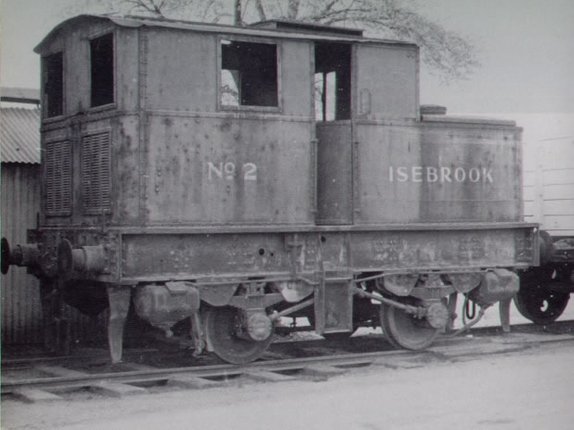 The identities of the Locos involved in these trials can be pinned down with fair certainty in the case of the smaller engine but the identity of the larger is perhaps more conjectural.

In Sentinel’s jargon Single engine meant one power unit, Double engine meant two power units in the same body. Both had only one boiler, although the double engine had two chimneys. To illustrate with well know examples the LNER engines of classes Y1 and Y3 were single engines of the ‘railway type’; the Somerset and Dorset engines were double engines with plate frames and were of the ‘industrial type’. Incidentally, the engine later purchased by the quarry at Criggion that often worked that branch was a single power unit, balanced engine, industrial type.

The Railway Magazine photos of the trials are of a ‘railway type’ in works grey, and are of the smaller trial engine This was almost certainly works number 6515. The loco when new was sent to the GWR in August 1926 who numbered it 12 but after trials it was returned to Sentinel in December 1926. According to Sentinel records the engine was fitted with a slightly larger boiler and the necessary fitting for passenger train workings in 1927.

Gear ratios were easily altered on all Sentinel locos so Willans description of gear changing does not necessarily imply it was of the later a double-geared type (e.g. the LNER Y3). No 6515 was next reported loaned to the LMS in April 1929 for trials at the Shropshire Union Goods Yard in Shrewsbury, which resulted in subsequent sales. It then remained a works shunter at Sentinels until sold into industrial service in October 1934 going to T. E. Grey at Burton Latimer where it was named ‘Isebrook’. It survived to be preserved at the Buckingham Railway Centre (Quainton Road) and it is now in working order on the Swanage Railway.

The larger of the two engines is less certain. Willans description might appear to be of an engine of the Double engine industrial (e.g. S&D) type the first of which was produced in 1927 as works number 7109 for the Croydon Gas Works and which still exists in preservation. However. The other Sentinel trialled on the S&M at about this time was almost certainly Sentinel 6776. This was fitted with two engines and what Sentinel called their "Twin" boiler. This was actually two vertical boilers mounted side-by-side at the front of the loco and connected by two large pipes, one at the bottom and one at the top.

The steam and water space was thus combined, but two separate grates needed feeding! This idea was not a success. A photograph exists of a Sentinel of this type taken at Kinnerley shunting some wagons. The only other locomotives Sentinel built to this design were not of standard gauge and are therefore excluded from the picture. 6776 was also trialled on the LNER (and exhibited at Scarborough) and at the Dunlop Rubber Co. at Birmingham. It was not sold and later rebuilt with a single engine and one boiler before sale to Taylor Brothers at Sandiacre.

The Colonel Stephens connection is as ever fascinating. We do not really know if the initiative for the trials came from him or Sentinels, who were of course based at Shrewsbury. John Hutchings of the Sentinel Society is of the view that the trials were again based on Sentinels need to test locomotives in an everyday working environment and gain experience. 6515 had not been successful in its original form when on the GWR in 1926. After modifications it made sense to test it again somewhere out-of-the-way before the second trials on the GWR later in 1927. 6776 was the first of its type and a "stock order". Again, practical experience of its capabilities in everyday use would have been invaluable before sale to any prospective buyer although, in this case, no buyer was ever found in its "as built" form.

I suspect also that Stephens or Austen were attracted by potential running cost economies of 50% and relative cheap first cost. It has often been said that the Sentinel railcar would have been ideal for his lines and we know of his interest in the economies of geared railcars from his early trials with the K&ESRs Pickering Railcar. However the locomotive would have been a better bet for the mixed trains that were the norm on many of his railways. As it was the shortage of capital rather than unsatisfactory performance probably put a stop to any purchase.

The steam and water space was thus combined, but two separate grates needed feeding! This idea was not a success. A photograph exists of a Sentinel of this type taken at Kinnerley shunting some wagons. The only other locomotives Sentinel built to this design were not of standard gauge and are therefore excluded from the picture. 6776 was also trialled on the LNER (and exhibited at Scarborough) and at the Dunlop Rubber Co. at Birmingham. It was not sold and later rebuilt with a single engine and one boiler before sale to Taylor Brothers at Sandiacre.